Charles Babian - Bank Street College of Education Skip to content
Important Message
Bank Street College has closed its building due to COVID-19. Please note that while our building is closed, we are still open for business online and staff are working remotely. Further updates will be posted here and communicated to our community.
Alert

Charles Babian holds a BA in Early Childhood Education from Michigan State University and a master’s degree from Union Theological Seminary. Charles previously served as a hospital chaplain for several years and then as a case manager for children with severe developmental delays. He began fundraising work at Gay Men’s Health Crisis, where he managed $9 million in Federal Grants and subsequently worked as a Major Gift Officer. He came to Bank Street in 2002 as a Special Assistant and, over the course of his time, has worked as Advancement Budget Officer, Annual Fund Director, and Director of Advancement Operations and Database Administration. 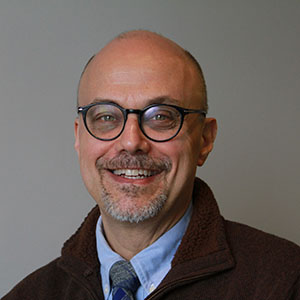