Jane Donahue serves as senior director of individual giving, working to introduce donors to the power of Bank Street’s approach and mission. Jane has recently moved back to New York City after living in St. Louis, MO for over 15 years. In St. Louis, she was the CEO of the St. Louis Public Schools Foundation where she worked closely with educators, donors, and civic leaders to promote students’ success. She was previously the vice president of Deaconess Foundation in St. Louis and served on numerous nonprofit boards. Her early career in New York City included work at Henry Street Settlement, Prep for Prep, and the Riverside Church. She is a graduate of Wesleyan University and pursued her master’s degree at Harvard Divinity School. 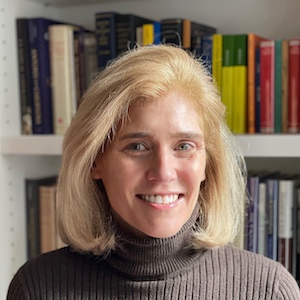