Getting It Right from the Start: A Retrospective and Current Examination of Infant-Toddler Care in Jamaica

Despite acknowledging that early childhood spans from birth to 8 years, in Jamaica, as in many other developing countries, the predominant interest in early childhood care and education has typically been focused on the education of 3- to 6-year-olds rather than on the care of infants and toddlers. Though this attitude has been changing, largely as a result of the plethora of research surrounding the significance of the first 1,000 days of life and their importance in setting the foundation for children’s future development (Cusick & Georgieff, 2016), few can deny that to date, the majority of resources, both of human capacity and of financial funds, are allotted for preschool education rather than the care of infants and toddlers.

Now that Jamaica’s Ministry of Education has committed to expand the reach of child care offerings to children from diverse socioeconomic backgrounds, an examination of the issues shaping infant-toddler care that allows us to understand some of the challenges young children and their caregivers currently face is necessary. This examination is particularly timely in light of the 25th anniversary of the ground- breaking UNICEF-funded study that evaluated the status of child care services in Jamaica and that noted the tremendous deficiencies in the system (McDonald & Brown, 1993). 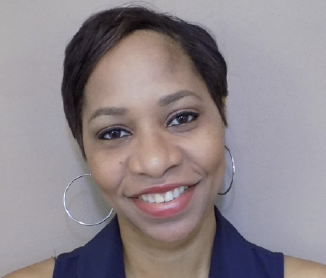 Zoyah Kinkead-Clark is a senior lecturer and coordinator of early childhood programmes at The University of the West Indies, Mona. As a researcher, she is particularly interested in understanding how young children are shaped by their ecological experiences within the home and wider community with the view to explore how educators can build on these in early years settings. Zoyah currently serves as an external examiner in early childhood education for the Joint Board of Teacher Education. She is also a member of Jamaica’s Early Childhood Development Oversight Committee, the body tasked with overseeing the development of a comprehensive strategy to revitalise the vision for Jamaican children.

Dr. Kerry-Ann Escayg is an Assistant Professor of Early Childhood Education at the University of Nebraska-Omaha. Drawing on critical race and anti- racism theories, Dr. Escayg conceptualizes alternative approaches to early childhood education, including, but not limited to, anti-racist and anti-colonial curriculum, pedagogy, and teacher training. Dr. Escayg’s additional interests include children and race and Caribbean early childhood education.