The Nurturing Care Framework: From Policies to Parents

When most people think of early childhood development, what comes to mind is preprimary school learn- ing; similarly, when they think about how best to ensure a child turns out well, their thoughts turn to ado- lescents. The FrameWorks Institute in Washington, DC, calls this “aging up,” a phenomenon that has been demonstrated as a bias in policy and public thinking in several countries, including South Africa (Richter, Tomlinson, Watt, Hunt, & Lindland, 2019). Yet it is the earliest period of life, from conception to two to three years of age, that most strongly regulates our trajectory across the course of our lives (Shonkoff, Richter, van der Gaag, & Bhutta, 2012) and that influences how children cope with early formal learning and the challenges of adolescence.

This earliest period of life is less visible because it plays out in the privacy of homes and child care centers, and it is most directly influenced by the quality of relationships between young children and their parents and caregivers. Until quite recently it wasn’t clear what the issues during this period were and how they could be addressed (Shawar & Shiffman, 2017). However, the 2017 publication of the Lancet series Ad- vancing Early Childhood Development: From Science to Scale accelerated a growing convergence between scientific evidence and political commitment on the importance of addressing poverty, inequality, and social exclusion, starting at the beginning of life. 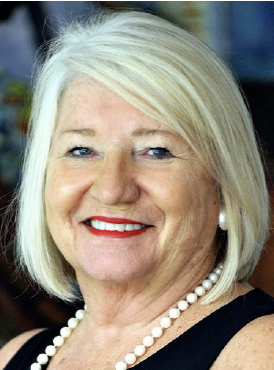 Linda Richter, a developmental psychologist, is the author or co-author of more than 400 papers and chapters on basic and policy research in child and family development. She led the 2017 Lancet Series, Advancing Early Child Development: From Science to Scale, and is engaged in related follow-up implementation activities including the development of the Nurturing Care Framework and the Early Childhood Development Country Profiles as part of Countdown to 2030. Linda led the development of South Africa’s National Integrated Early Child Development Policy and Programme, adopted by Cabinet in 2015, and is the Principal Investigator of several large-scale, long-term collaborative projects, including a birth cohort study of 3,273 South African children followed up for 28 years.