Focus on Friendship or Fights for Civil Rights? Teaching the Difficult History of Japanese American Incarceration through ``The Bracelet``

“They’re Japanese American,” Luisa1 stated confidently. Alex volunteered, “They look Japanese but they were born in America!” Paty added, “They’re different.” Victor looked directly at the teacher. “It’s like you, Miss. You was born in China?” he asked tentatively.

Victor nodded vigorously. “Yeah! You’re Chinese and you was born in America.”

Ms. Ye explained, “I would consider myself Chinese American.” 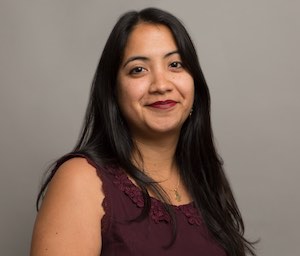 Noreen Naseem Rodríguez is an assistant professor of elementary social studies in the School of Education at Iowa State University. Her research interests include Asian American education, educators of color, the teaching of difficult histories, and critical uses of diverse children’s literature. Rodríguez was a bilingual elementary teacher in Texas for nine years and is the recipient of the 2019 Early Career Award from the Children’s Literature Assembly of the National Council of Teachers of English. Her work has been published in Theory & Research in Social Education, The Journal of Children’s Literature, School Library Journal, and Literacy Today.