Gender-Inclusive Children’s Literature as a Preventative Measure: Moving Beyond a Reactive Approach to LGBTQ+ Topics in the Classroom

I began my teaching career as a fifth-grade English Language Arts (ELA) teacher at a no-excuses charter school. Despite my lack of formal training, I was hired as a head teacher and thrown into the proverbial deep end with only a week’s worth of “behavior management” training under my belt. A side effect of the paucity of training was the impression that a teacher’s responsibility was to “tell” students what they should know rather than guide them toward new understandings. This dictatorial model of teaching resulted in a tense environment where teachers, myself included, stood at the ready, eyes peeled for opportunities to correct, to “tell” students where they had erred, rather than adopting a more responsive approach.

Once, during an ELA class, a student named Brendan1 remarked that the task I had assigned was “so gay.” I lost my temper. Cartoon steam shot out of my ears. I pulled Brendan aside at the end of class and told him, in no uncertain terms, how wrong he was to call an assignment “gay.” I told him that “gay” did not mean “stupid” and that his word choice was offensive. I told him that he did not know who in his community might identify as gay and how harmful his language was. I told him never to use the word “gay” as an insult again. 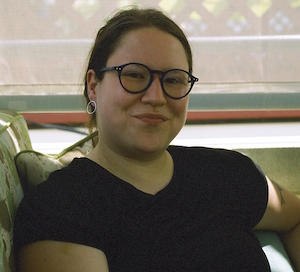 Shelby Brody (they/them) is an upper elementary school educator and literacy specialist. They are a recent graduate of the Reading & Literacy program at Bank Street Graduate School of Education and currently teach grade 5 Humanities at Bank Street School for Children.