What Do You Do When You Don’t Know How to Respond? Supporting Pre-Service Teachers to Use Picture Books to Facilitate Difficult Conversations

Nida Ali,1 a pre-service graduate student doing her twice-weekly field placement in a fourth-grade classroom, had just put up a decorated slide with one of her favorite Malcolm X quotes: “Don’t be in a hurry to condemn because he doesn’t do what you do or think as you think or as fast. There was a time when you didn’t know what you know today.” She was hoping to discuss his words and how they could be applied to students’ lives, particularly because the fourth graders in this “gifted and talented” class expressed negative sentiments toward students who were not as academically advanced as they were.

As soon as she projected the slide, before she could even begin the lesson, a student called out, “Malcolm X was a racist and a murderer!”

Nida was not prepared to be challenged with negative comments about her favorite historical figure. For someone who reads Malcolm X’s autobiography two times a year, this was a punch to the gut, and she had no idea how to respond. Pivoting to sidestep her uncertainty and discomfort, she avoided discussing Malcolm X, saying, “Let’s ignore who said the quote and just discuss what it means.” Students began coming up with interpretations of the quote, such as, “Not everyone is as smart as you,” and “Not everyone knows as much as you do,” and then, finally, “Some people may not know as much as you do but it is important to remember that we didn’t always know the things we know now.”

Kathryn Struthers Ahmed, PhD, is an assistant professor of childhood literacy education at Hunter College, CUNY. Her research focuses on preparing elementary teachers to teach literacy in culturally responsive ways to students from minoritized groups. She is particularly interested in how teacher education, teacher educators, and education policy shape the development of pre-service teachers’ literacy instruction as they prepare to work in urban, high-poverty schools. Formerly, she taught first and fourth grades in the Bronx, New York. 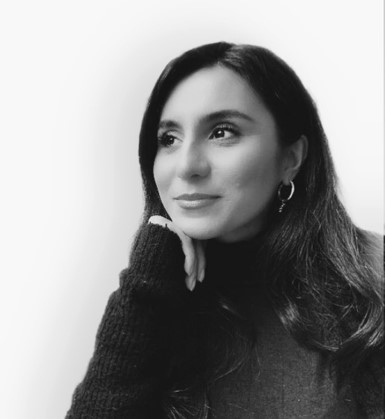 Nida Ali is a former graduate of the Hunter College School of Education. She received her degree and certification in childhood education. Currently, she is a high school social studies teacher for AP and Regents preparatory classes. Her goal is to create curricula that is culturally relevant and multicultural, in order to create a classroom that is truly inclusive. She attempts for her students to learn and enjoy history while making connections to current affairs and the society they reside in.