Children as Design Visionaries, Learners, and Socio-Political Wayfinders: Mapping the Layers, Hierarchies, and Rhythms of a School Community

Despite the seemingly intractable problems of public schooling, we (as researchers and dreamers) remain encouraged by the persistent efforts to reconfigure and reimagine the socio-political landscape of schools. We begin this essay by recognizing the work of individuals bravely and imperfectly expanding notions of what schools could and should be. We stand in solidarity with the innovators sowing, designing, and reaching toward more just social futures, dreaming of schools for children that are not so distant from the paradise Butler (2001) describes (Figure 1). This liberatory dreamwork coincides with long histories of communal ingenuity (Vossoughi et al., 2016), resistance against normative models of schooling, and practical efforts to enact humanizing education while facing diminished resources and opposition on all fronts (e.g., King, 2006; Rickford, 2016; Tejeda et al., 2003). It is good, worthy work that we hope to contribute to in our own research and practice while asking the important questions: Are the children alright? What can they teach us about designing transformative schools?

The perspectives of the children who intimately understand what it means to be learners in schools often get overshadowed by adults’ pedagogical imaginations, experiences, and ambitions (Erickson et al., 2008). Children’s processes of knowing, owning, and loving are seldom foregrounded, though they offer vital insight into what schools are and what they could one day be (Butler, 2001). The exploratory analysis presented in this paper is an exercise in seeing the design of schools through the eyes of children. Black students featured here were learners enrolled in an innovative city school with an articulated commitment to empowering elementary-aged children as intellectuals and critical civic actors (Davis, 2017; Davis & Schaeffer, 2019). The school, here referred to as Mission City School (MCS),1 was also developed with a place-based, communal mission. Children were encouraged to consider the needs of the collective and seek out ways to serve and deepen connections to their socio-political and physical landscape. 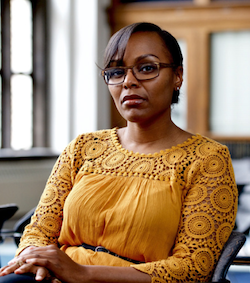 Natalie R. Davis is an assistant professor in elementary education and the Program in Creative & Innovative Education at Georgia State University. She is also a 2021-2023 NAEd/Spencer Postdoctoral Research Fellow. As an educational ethnographer and learning scientist, her scholarship focuses on children’s socio-political development within the context of justice-oriented learning environments. Her work also considers if/how the study and enactment of political education shows regard for children as playful and imaginative. Prior to graduate school, Davis taught 3rd grade in an African-centered school. 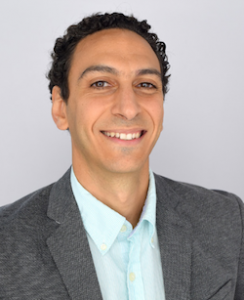 Roni Barsoum is an architect, designer, visual, and performing artist. He is a College of Education and Human Development Dean’s Research Doctoral Fellow studying his PhD in Early Childhood and Elementary Education at Georgia State University. As a Fulbright Scholar, he also received his master’s degree in Creative & Innovative Education. His research focuses on designing creative and innovative learning spaces that foster joy and motivation for children. Barsoum has past experience as a certified trainer in the fields of hospitality industry and education. He also founded LifeUP Egypt, an arts and culture center specializing in creative arts training programs for children and families.