We’re Not Migrating Yet: Engaging Children’s Geographies and Learning with Lands and Waters

by Anna Lees and Megan Bang

Considering the places—the geographies—of children’s learning, of human learning, is fundamental to seriously considering not only the “whats,” or the content of learning, but perhaps more importantly, the “whys,” or the purpose of learning, and the “hows,” or the process of learning and the overall goals of education. That is, the values and pedagogical approaches in children’s learning must be engaged as thoughtfully and intentionally as content understandings often are. The whys and hows of education construct what is deemed relevant and irrelevant, as well as what is rendered invisible to the “here and now” of children’s lives (Apple, 2004; Iorio & Parnell, 2015; Nxumalo et al., 2011; Tesar, 2015). For us, the here and now includes not only the present reality of human communities (Mitchell, 1934/1991), but also the ecological place in which communities have come to be. Indeed, the two are co-constructed. We argue in our work that issues of place and relevancy to the here and now are always intertwined with constructions of relations between human worlds and the more-than-human natural world, as well as with the ways in which knowledge systems, culture, history, and power shape these constructions. We suggest that learning environments are always implicitly or explicitly constructing and teaching nature-culture relations and that more intentional constructions are necessary for cultivating culturally thriving, just, and sustainable futures.

In our work, we have focused on the design of learning environments that aim to support the navigation of Indigenous children through both Indigenous and western1 ways of knowing. A central way of beginning this endeavor is through core models of relations between humans and the natural world. Scholars and communities have demonstrated that there tend to be two distinct models that impact knowledge, knowledge organization, reasoning, decision-making, and values. One model positions humans as distinct or “apart from” the natural world and often constructs more-than-human life as not having intelligent or communicative capacities. This model is often associated with western knowledge systems and tends to construct the idea that humans are a comparatively superior life form (Kimerer, 2013; Medin & Bang, 2014; Simmard, 2021). The second model positions humans as “a part of” and in kin relations with the rest of the natural world; it often sees more-than-human life as having personhood with a wide range of intelligent and communicative capacities and views humans as a dependent life form, like all life forms. This model is often associated with Indigenous knowledge systems (Kimerer, 2013; Medin & Bang, 2014; Simmard, 2021). Of course, these models are not absolutes, and increasingly, in some advanced disciplines, the intertwining of human and more-than- human life is central. Further, in fields like ecology and botany and in some evolutionary fields, there are paradigmatic shifts in understanding unfolding with respect to the intelligence and capacities of plants and to cross-species cooperation (Kimmerer, 2013; Simard, 2021). 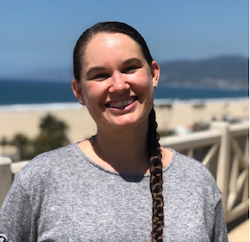 Anna Lees (Little Traverse Bay Bands of Odawa Indians, descendant) began her career as an early childhood classroom teacher in rural northern Michigan. Now, an associate professor of early childhood education at Western Washington University, she partners with schools and communities in teacher preparation. Dr. Lees is committed to developing and sustaining reciprocal relationships with Indigenous communities to engage community leaders as co-teacher educators, opening spaces for Indigenous values and ways of knowing and being in early childhood settings and teacher education. She is currently engaged in research around a land education professional development model led by tribal nations and a relationship-based site-embedded professional development model with tribal early learning programs. 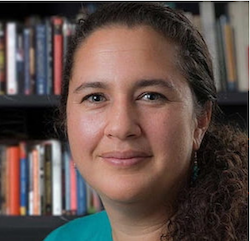 Megan Bang (Ojibwe and Italian descent) is a professor of the learning sciences and psychology at Northwestern University and recently served as the senior vice president at the Spencer Foundation. Dr. Bang studies dynamics of culture, learning, and development broadly with a specific focus on the complexities of navigating multiple meaning systems in creating and implementing more effective and just learning environments in science, technology, engineering, arts, and mathematics education. She focuses on reasoning and decision-making about complex socio-ecological systems in ways that intersect with culture, power, and historicity. Central to this work are dimensions of identity, equity, and community engagement. She conducts research in both schools and informal settings across the life course. She has taught in and conducted research in teacher education as well as leadership preparation programs. Dr. Bang currently serves on the Board of Science Education at the National Academy of Sciences. She also serves as an executive editor of Cognition and Instruction and is on the editorial boards of several other top tiered journals in the field.