El trópico de cáncer is an imaginary line in the Northern Hemisphere marking the northernmost latitude at which the sun can be fully overhead, which occurs on the summer solstice. It is also the title of a song by the Mexican band Café Tacvba that captures tensions encountered when nations in the Global South emulate the development of the North. The song tells the story of an engineer, fittingly named Salvador (savior), called upon to rescue his country, México, by modernizing the nation-state. The lyrics in the epigraph explain Salvador’s decision to stop participating in engineering that ignores humanistic, ecological, and Indigenous realities and imaginations in order to build a more “modern” world. Salvador laments that although he loves his profession and his colleagues, he sees engineers engaging in an “ugly relationship of action, construction, [and] destruction” (Café Tacvba, 1994, stanza 7, lines 3–4) that does not attend to the unsustainable and unjust impacts of their built worlds.

Almost three decades after the song’s release, its themes remain relevant and stand in contrast to the ways in which science, technology, engineering, and mathematics (STEM) education communicate a false vision of the STEM enterprise as value neutral. As recent reforms in the United States, like the Next Generation Science Standards (NGSS), aim to broaden exposure to engineering education by carving out a place for it in kindergarten or even earlier, racial equity remains a central concern (National Academies of Sciences, Engineering, and Medicine, 2022). Equity in STEM education has multiple facets and has been conceived in multiple, sometimes contradictory, ways (Philip & Azevedo, 2017). Taking themes of development, sustainability, and justice into consideration alongside the push for engineering education among younger students recognizes that students deserve opportunities to develop realistic and hopeful understandings of engineering as a range of professions and practices with embedded values and politics that shape our built world. 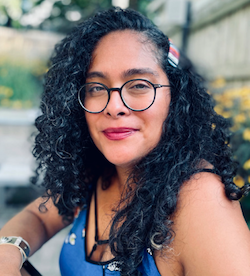 Alejandra Frausto Aceves is currently working on a PhD in Learning Sciences at Northwestern University. In 17 years as an educator, she has served in various roles, including teaching science and other content areas from 6th grade through adult students in an alternative setting, working as a curriculum coach and associate principal, and leading service learning for the third largest district in the U.S. Her research interests include transformative collective [science] learning, intergenerational & community-based co- constructions, imaginations, and praxis, as well as learning and pedagogies towards expansive and agentic present-futures. 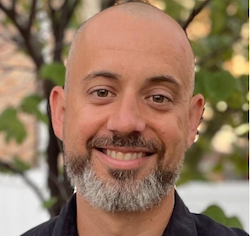 Daniel Morales-Doyle is an associate professor of science education in the department of Curriculum and Instruction at the University of Illinois Chicago. He was a high school teacher in the Chicago Public Schools for just over a decade before joining the faculty at UIC.