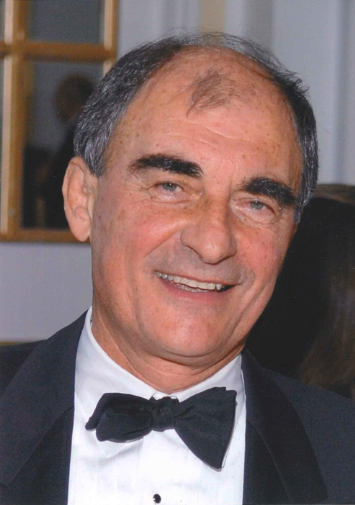 Vincent Mai is a businessman and investor who has also been engaged in a range of philanthropic activities for several decades. He is the Founder, Chairman, and CEO of The Cranemere Group Limited, an investment holding company.

Prior to founding Cranemere, Mr. Mai was at AEA Investors, a New York based private equity firm, from 1989 to the end of 2011. He joined AEA as CEO and became Chairman in 1998. During Mr. Mai’s tenure, Preqin ranked AEA in the top 10 global private equity firms for consistent superior returns. Having led AEA for many years, he then founded Cranemere in the belief that investors were better served by owning shares in a private company with a permanent capital structure whose main objective is to work in a partnership with good management teams to own high quality companies for the long term. During his career, Mr. Mai has served on many corporate boards including Burt’s Bees (chairman), Dal-Tile, Healthco, Sola and Specialty Coatings. Prior to joining AEA he was a Partner at Lehman Brothers in New York and before that he was an Executive Director of S.G. Warburg & Co., Ltd. in London.

Mr. Mai’s philanthropic activities have included a focus on early childhood development with the belief that the first seven years of a child’s life are among the most important from an education and development standpoint. He is Chairman of the Board of Sesame Workshop, a leading not-for-profit institution that uses media and technology to promote learning and good life habits to small children in the U.S. and globally. He is also actively engaged in a wide range of human rights issues including being the founding chairman of the International Center for Transitional Justice, a non-profit organization dedicated to pursuing accountability for mass human rights abuses through transitional justice mechanisms.

Mr. Mai is a member of the Council on Foreign Relations and served on its board from 1998 to 2004. He co-chaired a report on Angola issued by the Council in 2007. He is also a Trustee of the American Academy in Berlin. He was a Trustee of the Carnegie Corporation of New York for ten years and chaired its Investment Committee. In addition, Mr. Mai is a member of the Board of Trustees of The Juilliard School and co-hosts Telluride Musicfest, a chamber music concert series organized every summer in Telluride, Colorado.

Mr. Mai has been honored by several organizations including Fountain House, The National Foundation for Teaching Entrepreneurship, Global Kids, The Merage Foundation, The Africa-America Institute, The National Child Labor Committee as a recipient of the David T. Kearns Award for Excellence and Innovation in Education and the Robert F. Kennedy Human Rights organization as a recipient of the 2012 Ripple of Hope Award.

He grew up on a farm in the Eastern Cape, South Africa and was educated at the University of Cape Town. He lives in Port Washington, Long Island and is married with three children and six grandchildren.

Read more about the 2016 Annual Dinner

The 2016 Centennial Trustees’ Dinner honored Vincent Mai, CEO and Chairman of the Cranemere Group, and highlighted Bank Street’s century-long impact in helping children and teachers meaningfully connect learning and teaching to the outside world.