Milenis (Milly) Gonzalez is the Director of the NYC Pre-K Explore partnership. Milly began her career in early childhood education as a pre-K teacher shortly after graduating from Lehman College (CUNY). After her first year of teaching, she developed a passion for supporting early childhood environments where all children had the opportunity to learn and thrive. In her 15 years of experience, she has served as an early childhood school director in both Head Start and Early Head Start programs. Her interest in improving the quality of early childhood programs through research-based approaches led her to serve as a senior math coach with Making Pre-K Count, the MDRC/Robin Hood Foundation partnership. This project evaluated the effect of an evidence-based math curriculum called Building Blocks along with ongoing training and in-classroom coaching, relative to the typical pre-K experience. In her current work in Pre-K Explore, she continues her efforts by leading and supporting the impact of coaching and high-quality professional development for over 2,500 pre-K classrooms across New York City. Milly was the City College Early Childhood Leadership Award recipient in 2011 and holds an MS in Early Childhood Education from City College (CUNY). 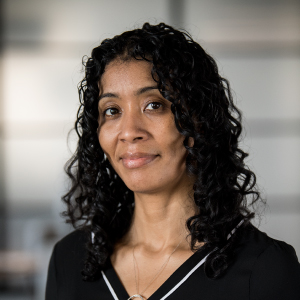