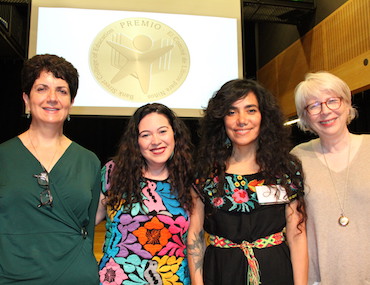 Expanding on the work of the Children’s Literature Committee’s Spanish language affiliate, which is comprised of Spanish-speaking members of the committee as well as Bank Street alumni, faculty, and staff who began reviewing titles for its annual list of best books in Spanish four years ago, the new award ceremony celebrates outstanding works that offer readers greater insight into the Latinx cultural experience and encourages publishers to create even more Spanish language materials for children.

“For Bank Street, recognition of these books is particularly important to its mission of inclusivity and serving the city’s schools,” said Shael Polakow-Suransky, GSE ’00, President, Bank Street College, in his opening remarks. The award helps to “recognize talent in this field, promote the joy of reading in Spanish for children, and bring attention to outstanding books that portray, affirm, and celebrate the Latinx cultural experience.”

During the event, keynote speaker and author/illustrator Yuyi Morales shared powerful remarks on the role of Spanish language children’s literature—especially in the lives of immigrants and early language learners. Her book Dreamers––or Soñadores in Spanish––tells the author’s personal story of coming to the United States from Mexico with her infant son, speaking no English, and discovering a home among the books in the public library. Through each book she explored, Morales and her son began to untangle the English language and experience the transformative power of literature. 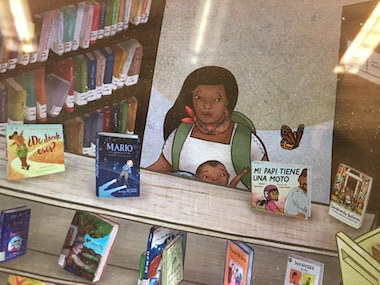 “In that place, there were books that were made by people who had last names like mine, had my skin color, people who perhaps spoke Spanish, or people that had come from another place that were also inmigrantes like me,” said Morales. “The fact that we are celebrating today that books can also be written in a language other than English—that they had been written in Spanish—allows us, maybe a family like the one that I was with my baby, to someday find those books where we see each of us in those stories.”

This year, Mi Papi Tiene Una Moto/My Papi Has a Motorcycle written by Isabel Quintero, illustrated by Zeke Peña, and translated by Andrea Montejo, was presented with the gold medal for this year’s Best Spanish Language Picture Book Award. The book’s poetic language and energetic illustrations tell the story of a father and daughter and their vibrant immigrant neighborhood.

Through video, Quintero said that the award “honors not only creators and translators but also readers and Spanish speakers. It recognizes the importance of bilingualism and it’s a rejection of the English-only ideas that so many of us had to grow up with. It is a reminder that our language is beautiful and necessary and important and should not be whispered but instead should be spoken out loud and put in books proudly.”

Additionally, Soñadores/Dreamers by Morales and Alma y como obtuvo su nombre/Alma and How She Got Her Name by Juana Martinez Neal received honorable mentions.

“I would like to thank the children’s literature community for their support as well as members of the book committee for reviewing these materials. Everyone participated from a very deep commitment and desire to bring high-quality books to children so that they would learn to love to read,” said Cynthia Weill, Director, Bank Street Center for Children’s Literature. “This award was developed to share outstanding picture books in Spanish with parents, educators, and librarians and to highlight the exceptional work of creators in this space.” 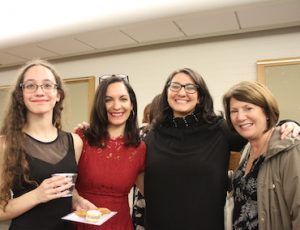 Following the ceremony, attendees snacked on empanadas and alfajores, were serenaded by the Bill Wurtzel duo, browsed books provided by the Bank Street Bookstore, and enjoyed an autographing session with Morales and Denise.

The Best Spanish Language Picture Book Awards will be announced every two years. Books published in 2020-21 may be submitted for consideration for the next awards taking place in 2022.

Watch the livestream of the event