On April 17, the Children’s Book Committee (CBC) at Bank Street College of Education announced the recipients of its annual awards for outstanding works of children’s literature. The awards comprise the Josette Frank Award for fiction, the Flora Stieglitz Straus Award for nonfiction, and the Claudia Lewis Award for poetry. 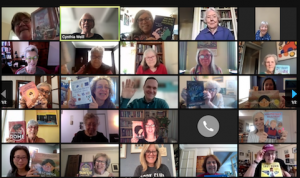 This year’s honorees include Milo Imagines the World by Matt de la Peña, illustrated by Christian Robinson, and Firekeeper’s Daughter by Angeline Boulley for the Josette Frank Award for younger and older readers, respectively; Hear My Voice: The Testimonies of Children Detained at the Southern Border of the United States/Escucha mi voz: Los testimonios de los jóvenes detenidos en la frontera sureña de los Estados Unidos compiled by Warren Binford for Project Amplify, various illustrators, for the Flora Stieglitz Straus Award; and You Don’t Have to Be Everything: Poems for Girls Becoming Themselves edited by Diana Whitney for the Claudia Lewis Award.

“The committee collectively reads and reviews thousands of titles each year and considers each book’s literary quality, presentation, and potential emotional impact on readers as part of the award selection process,” said Cynthia Weill, Director of the Center for Children’s Literature. “We are grateful for our committee members who continued their work throughout the pandemic by reading, sharing, and reviewing books virtually, as well as the many publishers who helped us receive books in non-traditional ways during the 2021 year.”

To celebrate the awards, the CBC posted videos of acceptance speeches recorded by the winning authors and illustrators.

Diana Whitney, winner of the Claudia Lewis Award, discussed how the creation of the poem anthology You Don’t Have to Be Everything: Poems for Girls Becoming Themselves was a meaningful project for her, reflecting on some of the struggles she experienced during adolescence.

“I collected the voices I wish I had heard—I wish I’d read—when I was a teen. I included luminaries and poets who I’ve loved for a long time … and then I also included newer voices, emerging poets, spoken word poets, Instagram stars,” said Whitney, noting that the collection features 68 diverse poets, including those who are LGBTQ and people of color. “My message for teen girls was really to show you are enough, to embrace yourself and the person you’re becoming in all your complexities.”

Illustrator Christian Robinson, winner of the Josette Frank Award for younger readers, also spoke about how the story in Milo Imagines the World is one that he can personally identify with. Like Milo, Robinson grew up with a parent who was incarcerated.

“I know firsthand a lot of the feelings around that experience—mainly shame and embarrassment and feeling like your story is invalid. A lot of what motivated me to tell this story is that it isn’t something I wanted young people today to have to carry who know that experience, but also I know Matt [de la Peña] and I wanted to create space for conversations and connection for kids who might not know this experience,” said Robinson.

Additionally, the committee released its 2022 edition of The Best Children’s Books of the Year, an annotated list of more than 600 titles for children from birth through age 14 and older. Selected by the committee as the best of the best published in the year prior, the list features books on a variety of topics in the genres of fiction, poetry, and informational text.

The publication also includes a key to help parents and educators identify titles that are noted as diverse, recommended for read-aloud, or of outstanding merit, among other categories. 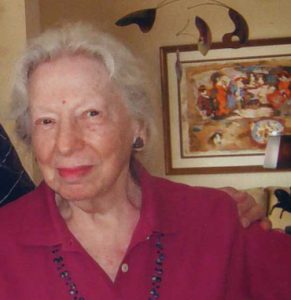 This year’s edition was dedicated to longtime CBC member Muriel Mandell, who celebrated her 100th birthday this past summer. A CBC member since 1984, Mandell has a range of professional experience as a journalist, children’s book author, and software instructor. In the dedication, CBC member Jina Accardo writes that it is Mandell’s “sense of humor, collegiality, and warmth that make her well-loved.”

For more information about the Children’s Book Committee and award submission guidelines, visit the CBC website