I gave birth to my first child during the COVID-19 pandemic. The months leading up to my August 2020 due date were extremely lonely. I was already riddled with fear as a Black woman giving birth in the United States, and the startling reality that Black women like me “are two to three times more likely to die from pregnancy-related causes than white women” (Centers for Disease Control and Prevention, 2019). During this time, I also found out that I was having a son; my thoughts raced as I mulled over his future before he was even born (Figure 1).

Despite my fears of bringing a Black boy into this world during uncertain times, and as the cries that Black Lives Matter continued to ring loudly, I was empowered as I revisited my research and listened to the stories of two Black male teachers working to foster positive relationships with Black boys. This was important to me, as Black lives keep being rendered disposable (Hill, 2016) and Black communities have been disproportionately affected by the COVID-19 pandemic (Centers for Disease Control and Prevention, 2021).

As the American Psychological Association president stated in May 2020: “We are living in a racist pandemic” (American Psychological Association, para. 1). The killings of Ahmaud Arbery, George Floyd, Elijah McClain, Daunte Wright, and the countless other unarmed Black men whose lives were prematurely robbed at the hands of police authorities have the nation’s undivided attention (Chokshi & Engel Bromwich, 2016). It is evident that race and gender continue to plague the course of Black male lives in the United States. America is failing Black men in countless ways—Black men are disproportionately underrepresented in positions of power and images of success; they are overrepresented in roles associated with failure, such as incarceration, unemployment, and early death (Noguera, 2013). 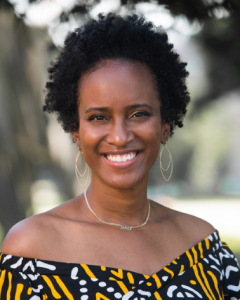 Nicole McGowan Madu is a former kindergarten teacher from Detroit, Michigan. She is currently an assistant professor of literacy and early childhood education at Southern Connecticut State University, where she continues to explore relationships between Black boys and Black male teachers. Her work is heavily influenced and connected to her roles as teacher and mother.