Issue 46
The Pandemic as a Portal: On Transformative Ruptures and Possible Futures for Education

In 2020, as COVID-19 made us pause, it also gave us pause, shedding light on inequities in schooling and society. As Roy (2020) notes, it “brought the world to a halt like nothing else could.” However, the tragic patterns of inequity unfolding before our eyes were not new; we were witnessing “the wreckage of a train that has been careening down the track for years” (para. 8). Inequities that have long existed in Black, Indigenous, and other communities of Color were accentuated by the pandemic, and the exacerbation of these inequities remains devastating in and beyond the United States.

As schools throughout the country and the world closed, I witnessed and even yearned for a return to “normality,” attempting to stitch the future to the past (Roy, 2020). Yet my own yearnings for normality were soon jolted; one could say I came to my senses. Initial short-term closures stretched on for months, and as an Afro-Latina educator, researcher, mother, and engaged citizen, and also as a woman and human being, inspired by Arundhati Roy, I came to realize that “nothing could be worse than a return to normality” (para. 48). After all, normality—in schools and schooling—has long been marked by damage, inequities, and dysfunctionality.

Rather than a return to an idyllic notion of normality, I found myself yearning for a more just future, considering: What if we were to reject a return to an oppressive past marked by harmful practices, pathologizing portrayals, and damaging pedagogies for Black, Indigenous, and other communities of Color? Recognizing that there is more expertise distributed in communities than in any one person— however educated or schooled an individual might be—I turned to researchers, teachers, mothers, and children to imagine education anew, taking up Roy’s invitation to re-envision the pandemic as a portal.

Mariana Souto-Manning, PhD, is the fifth President of Erikson Institute in Chicago, Illinois. Souto-Manning has served as professor of education at Teachers College, Columbia University and has held academic appointments at the University of Iceland and King’s College London. Souto-Manning is committed to the pursuit of justice in early childhood teaching and teacher education, and her research (re)centers methodologies and pedagogies on the lives, values, and experiences of intersectionally minoritized people of Color. As she problematizes issues of colonization, assimilation, and oppression in schooling and society, Souto-Manning critically examines theoretical and methodological issues and dilemmas of doing research with communities of Color, considering questions such as “critical for whom?” and “according to whom?” Souto-Manning (co-)authored 10 books, dozens of book chapters, and over 80 peer-reviewed articles. She has received a number of research awards, including the American Educational Research Association Division K Innovations in Research on Diversity in Teacher Education Award. Follow her on Twitter at @SoutoManning. 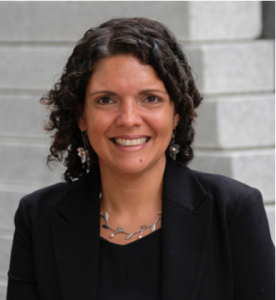 A Note from the Board

While the Occasional Paper Series follows APA guidelines on the capitalization of proper nouns related to racial and ethnic groups, authors who follow different practices were supported in doing so.