Bank Street’s Akilah Rosado Honored With “Above and Beyond Award” 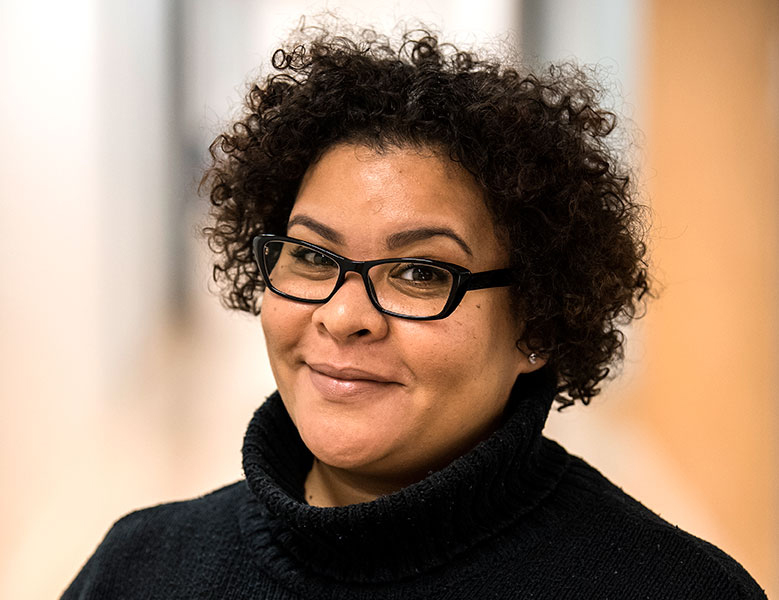 On March 28, Akilah Rosado, Vice President for Governance and Community Engagement at Bank Street College, was recognized with a 2018 Above and Beyond Award from City & State New York. Rosado was one of 30 Above and Beyond Award honorees representing New York’s most remarkable and powerful women in education, government, health, labor, law and lobbying, and real estate.

Rosado’s rise began at the New York State Assembly, where she worked as a Legislative Aid and the Director of Constituent Affairs before assuming the role of Chief of Staff. In 2009, she advanced into the field of education, bringing her expertise to Bank Street where, in response to the College’s 2015 Strategic Plan, she was tasked with launching College-wide social justice and equity initiatives. A Cabinet member at Bank Street, she also is currently pursuing her doctoral degree, for which she is examining institutional racism as it intersects with the criminalization of black girls in public education. Through this body of work, Rosado is committed to supporting the development of women and young people of color in finding place, power, and voice.

Rosado said, “There are approximately 1.1 million students in New York City public schools, and black girls make up 34 percent of the student population, yet 56 percent of the disciplinary cases. This speaks to issues of implicit and explicit bias as well as structural and institutional racism, which serves to hinder academic achievement for black girls. As educators, scholars, policymakers, and teacher leaders, we [adults] owe it to all students to consider how we are using progressive education to influence these issues in teacher preparation, culturally and emotionally responsive practices, and understanding the lived experiences of students in schools to address disparities in achievement. As a mother of a black girl in public school, I have to advocate frequently on her behalf to ensure she has voice and visibility. And I believe Bank Street can play a huge role in influencing this conversation.”

Rosado’s impact at Bank Street has been significant as she works to address wide-ranging inequity issues in public and urban education and make a difference in shifting the conversations around inequities in race, class, and gender.

“It’s no surprise Akilah has been named one of New York’s most remarkable women,” said Wendi Williams, Associate Dean, Academic Affairs at Bank Street. “She has been committed to making meaningful change in communities across the state through her work in government. However, what I find most exciting and impactful is the research and inquiry she is engaged in now. Akilah is trying to get at the heart of and find policy solutions for the criminalization of black girls as a means to disrupt the trauma-school to prison pipeline that steals life potential from so many girls. She is truly a remarkable woman and thinker.”

City & State New York is a premier source for news about state and local government, politics, business, and advocacy.