On October 16, authors and illustrators, librarians, editors, and other children’s literature professionals tuned in for BookFest @ Bank Street, an annual event hosted by the Center for Children’s Literature to celebrate books and inspire discussion around important topics in literature for children and teens.

This year’s virtual gathering—the 50th anniversary of the event—welcomed keynote speaker Jerry Craft, winner of the Newbery Medal and Coretta Scott King Author Award for the bestselling graphic novel New Kid. Craft, who previously joined Bank Street in the spring of 2020 to work with School for Children 9/10s students as a Writer-In-Residence, spoke to his love of drawing and comic books from a young age while sharing an overview of his life and work, including his own experiences that inspired New Kid and his publishing journey. 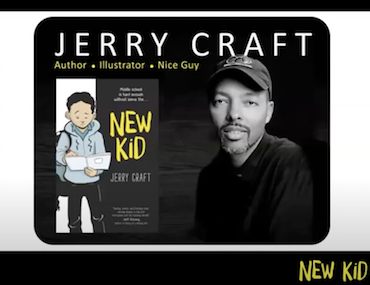 “Most of the books that I had to read in school were written by authors 50 to 100 years before I was even born about characters I seemingly never wanted to meet, places I never wanted to go, and any character that looked like me was not living their best life so I had no mirrors,” said Craft as he discussed the importance of books as windows, mirrors, and sliding glass doors and how many books negatively reflect the “sad African American family.”

This motivated Craft early in his career to create the Mama’s Boyz comic strip to “have kids—African American kids—as just regular kids.” In the years following, Craft received numerous rejection letters from publishers—enough to wallpaper his house—and, ultimately, found that publishers dismissed his work and the work of other authors featuring characters of color, especially African American characters, with remarks like “we already have that—we’re okay.”

Craft explained that it wasn’t until after around 20 years of self-publishing that he received a call from the leading book publisher HarperCollins, which would later publish New Kid and its companion book Class Act.

“I was also told that the books written by Black authors are only for Black audience, so I never thought that I would have crossover or kids from all over… so when I got the opportunity from HarperCollins I really thought that this might be my only chance—my one chance, my one opportunity—so I put as much stuff as humanly possible in. I put characters that I love, I put humor, I put story arc, I wrote it, I rewrote it, I wrote it again, I read through it, I drew it again because I want to make it where kids would love it and adults would love it,” said Craft. 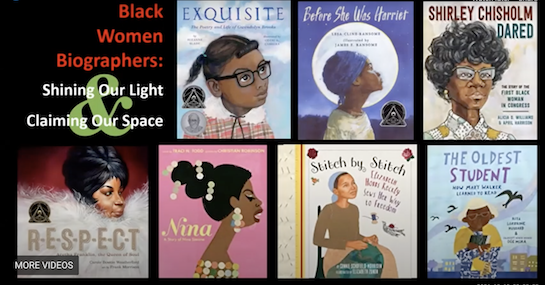 Prior to Craft’s closing keynote, BookFest presented a panel discussion titled “Black Women Biographers: Claiming Our Space and Shining Our Light,” which featured an illuminating talk with award-winning Black women authors and illustrators of biographies on powerful, inspiring Black women. A second panel titled “Publishing As Passion: New Imprints and Voices” included several experts and leaders in a rich discussion about publishing and each panelist’s new imprint or company.

Additionally, this year’s program included a conversation with Matt de la Peña and Christian Robinson, award-winning author-illustrator team of Milo Imagines the World. Moderated by Jenny Brown, Senior Editor, Shelf Awareness, and member of the Bank Street Children’s Book Committee, the discussion titled “The World Without and the World Within” explored the duo’s deeply collaborative process for developing the story, which is the third title they have worked on together.

“We are proud to be joined by so many incredibly talented, brilliant authors, illustrators, and leaders in the children’s literature community as we host the 50th year of BookFest,” said Cynthia Weill, Director, Center for Children’s Literature. “The conversations today were wonderful and we look forward to next year’s event.”

BookFest was founded in 1971 by Frances Henne, a faculty member of the School of Library Service at Columbia University. The event was originally known as Let’s Talk About Books for Children and Youth Day, or Velma Varner Day, in honor of Henne’s close friend and colleague, Velma Varner, editor of Viking Press. The event has previously been hosted by Columbia University, Teachers College, and the New York Public Library. Bank Street has been a proud producer of the event since 2010.