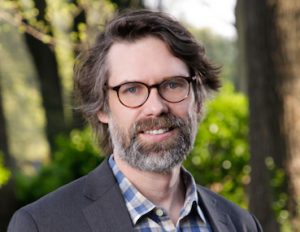 In December, Bank Street College announced Doug Knecht as the new Dean of Children’s Programs and Head of the School for Children, beginning January 2021. Knecht has served in this role on an interim basis since last July, leading the community through the COVID-19 pandemic and one of the most challenging moments in the school’s history.

An educator for 25 years, Knecht is a seasoned leader in the field with deep instructional knowledge, as well as strategic and operational strengths. He joined Bank Street six years ago as the founding Vice President of the Bank Street Education Center, building a robust team of over 70 staff members dedicated to advancing equitable, strengths-based learning and policy for all children. During this time, Knecht provided extensive support to school leaders to improve instructional quality at scale across thousands of classrooms. He has also published articles, directed research, and co-authored numerous publications, ranging from how schools successfully teach to strengthen democracy to how brain research supports a progressive pedagogy.

“I’m thrilled to share that Doug Knecht will be our next Dean of Children’s Programs and Head of the School for Children. In his six years at Bank Street, he has gotten to know the institution deeply, building relationships across the divisions that will support generative connections for the School for Children and the Family Center as well as the College as a whole,” said Shael Polakow-Suransky, GSE ’00, President, Bank Street College. “He is a strong communicator and problem solver, who leads authentically with his values, including a lifelong commitment to progressive education.”

Knecht was selected after an extensive search and interview process led by the Dean of Children’s Programs Search Committee, which included 10 members from the Bank Street community, including faculty, parents, Children’s Programs and College leadership, and the Board of Trustees. The Search Committee was inspired by Knecht’s strong progressive pedagogical background, diverse skillset and leadership, and deep experience supporting and enriching school communities. Of particular note was his ability to build trust and confidence among the School for Children community amid the pandemic as he worked diligently with other school leaders to ensure the ongoing health and safety of our school while maintaining high-quality learning experiences for students. Throughout his time at Bank Street, Knecht has also demonstrated an unwavering commitment to social justice, including an effort to deepen his own racial awareness, and has worked consistently to build a more equitable and anti-racist institution.

Knecht’s career in education began in 1995 after graduating from Princeton University with a bachelor’s degree in Ecology & Evolutionary Biology. He then worked as a science teacher in New Jersey before becoming one of the founding teachers at Humanities Preparatory Academy in New York, a progressive public high school. Later, he served as the Program Director at SMART in San Francisco, increasing access to a private school education for low-income students.

In 2006, Knecht earned a master’s degree from Harvard Graduate School of Education and joined the New York City Department of Education, where he worked for eight years in a variety of roles, most recently overseeing 300 principals and their schools.

As we begin the second half of the school year, the Bank Street community is grateful that Knecht will formally take on his new role and continue to lead our Children’s Programs through the coming months and years ahead.

Read a Message From Our Dean