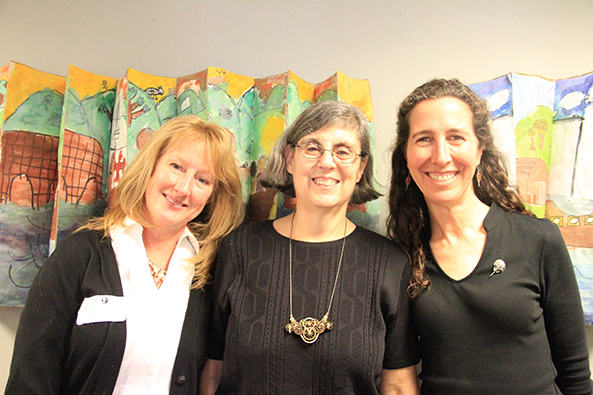 On May 19, the Bank Street Center for Children’s Literature devoted a morning to recognizing the finalists and winners of this year’s Irma Black Award and Cook Prize, two awards dedicated to acknowledging outstanding examples of children’s picture books.

The Irma Black Award evaluates children’s books on the basis that the text and illustrations are inseparable, enhancing and building on one another to enrich the story. This year’s honorees included Ragweed’s Farm Dog Handbook by Anne Vittur Kennedy; Red: A Crayon’s Story by Michael Hall; You Can Do It, Bert! by Ole Könnecke; and It’s Only Stanley by Jon Agee. The 2016 Irma Black Award went to It’s Only Stanley,drawing attention to its imaginative storyline, which was told in rhyme alongside intricate and comical illustrations.

The Cook Prize honors picture books that represent the best in science, technology, engineering, and mathematics (STEM) principles. This year’s finalists included Ada Byron Lovelace and the Thinking Machine by Laurie Wallmark, illustrated by April Chu; High Tide for Horseshoe Crabs by Lisa Kahn Schnell, illustrated by Alan Marks; and Mesmerized: How Ben Franklin Solved a Mystery that Baffled All of France, by Mara Rockliff, illustrated by Iacopo Bruno. The 2016 Cook Prize went to Mesmerized, a strange yet colorful tale that incorporates playful words and humorous, bold illustrations to explore the scientific method with children.