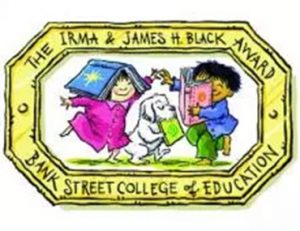 This year, It Fell From the Sky by The Fan Brothers was awarded the gold medal for the Irma Black Award, which recognizes books for young children in which the text and illustrations are strongly connected, each complementing and enhancing the other. Silver medalists include When My Cousins Come to Town by Angela Shanté, illustrated by Keisha Morris; From the Tops of Trees by Kao Kalia Yang, illustrated by Rachel Wada; and The 1619 Project: Born on the Water by Nikole Hannah-Jones and Renée Watson, illustrated by Nikkolas Smith.

Across the nation, first and second grade students read, discuss, and vote for the Irma Black Award from a selection of four finalists. One classroom shared, “Upon announcement of the award, our room erupted in cheers and applause! One child said, ‘It took a long time to figure that out, but I guess it was because there were TOO many good books to choose from. If there was only one good one it would have been easy!’”

Prior to the nationwide voting process, students in third and fourth grade at the Bank Street School for Children help identify the finalists by evaluating the art and words of 16 titles and considering whether these books would be relevant to younger children. The 16 titles include books published in the previous calendar year that have been reviewed and selected as candidates for the award by a group of writers, librarians, and educators. 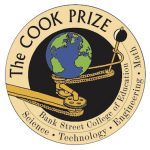 For the Cook Prize, which honors the best science, technology, engineering, and math (STEM) picture book for children ages 8 to 10, the gold medal was awarded to Cougar Crossing: How Hollywood’s Celebrity Cougar Helped Build a Bridge for City Wildlife by Meeg Pincus, illustrated by Alexander Vidal. Silver medalists include Butterfly for a King by Susan Roth and Cindy Trumbore, illustrated by Susan Roth; The Great Stink: How Joseph Bazalgette Solved London’s Poop Pollution Problem by Colleen Paeff, illustrated by Nancy Carpenter; and Nano: The Spectacular Science of the Very (Very) Small by Dr. Jess Wade, illustrated by Melissa Castrillón.

Similar to the Irma Black Award, the Cook Prize is voted on nationally by third and fourth grade students from a list of four finalists. These candidates are selected by an expert panel of judges, including two Bank Street Graduate School of Education faculty members in the math and science departments, two School for Children teachers, and two distinguished Bank Street Graduate School of Education.

“We would like to thank the many students, as well as their teachers and librarians, who joined us in voting for this year’s Irma Black Award and Cook Prize,” said Cynthia Weill, Director of the Center for Children’s Literature. “Each title exemplifies outstanding children’s literature and we are proud to invite children to participate in the selection of winners and honorees every year to help build their reading and critical thinking skills through a collaborative review and voting process.”

To read more about the Center for Children’s Literature and the awards, visit the Irma Black Award page and the Cook Prize page.