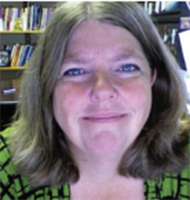 Gail Boldt is a distinguished professor in the College of Education at the Pennsylvania State University in the Department of Curriculum and Instruction. She is on the undergraduate elementary language and literacy education faculty and is the professor in charge of the PhD program in Language, Culture, and Society. Gail is also a clinical psychotherapist and a Fellow in the College of Research Fellows of the American Psychoanalytic Association. She holds a PhD from The University of Hawai’i at Manoa in Teacher Education and Curriculum Studies and was formerly an elementary school teacher in Honolulu. 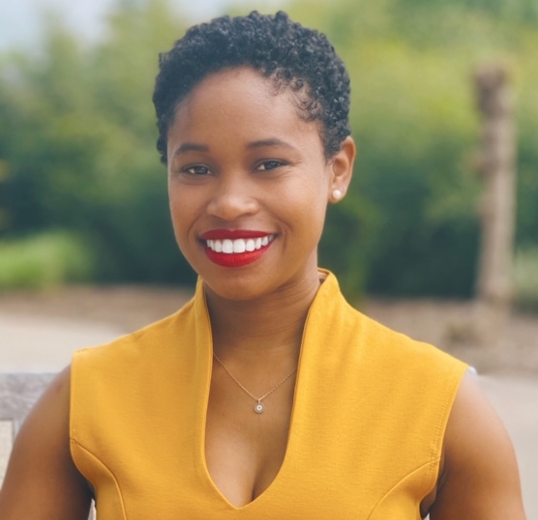 Quiana M. Jackson, MSW, MSEd, is an alumnus of Bank Street College of Education’s Infant and Family Development/Early Intervention Program Dual Degree with Hunter College Silberman School of Social Work. Currently, Quiana is a second-year graduate student in the College of Education, Curriculum and Instruction, Early Childhood Education PhD program with a dual-title in Comparative International Education, and the recipient of the Bunton-Waller Fellowship at The Pennsylvania State University. In her work as a graduate student, she studies the intersection of race, culture, and representation and its impacts on educational outcomes for children of color from an international and comparative lens. 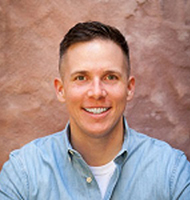 Harper Keenan is an assistant professor of Gender & Sexuality Research in Education at the University of British Columbia. Harper’s work examines how adults teach children to make sense of the social world. His primary goals as an academic are to help shape the teaching and learning of young children and their educators, and to shift public thinking about children and childhood. Harper believes in pedagogies that engage young students in meaningful and rigorous inquiry driven by social experience. Broadly, Harper’s academic interests include queer/trans pedagogies, anti-racist education, history & social science education, early childhood and elementary education, and teacher education. 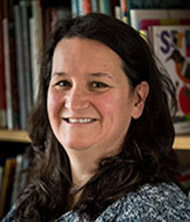 Mollie Welsh Kruger is a faculty member in the Reading and Literacy Program and Co-Chair of the Children’s Book Committee at Bank Street College of Education. Previously a New York City public school teacher for 18 years, Ms. Kruger earned her doctorate from Teachers College, Columbia University in Curriculum and Teaching. Her academic interests include children’s literature, students’ funds of knowledge, integrating the arts in education, and urban education. 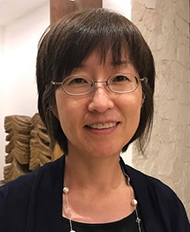 is a professor in the Department of Educational Theory and Practice at the University of Georgia. She received both a BA and an MA in early childhood education from Ewha Woman’s University, Seoul, Korea. She taught at a kindergarten and worked as an instructor at several colleges in Korea before moving to the University of Illinois at Urbana-Champaign where she earned her PhD in Curriculum and Instruction with specialization in early childhood education. Her current research examines early childhood teachers’ beliefs about typical and atypical child development in general and their perspectives on children with Attention Deficit/Hyperactivity Disorder (ADHD) in particular. Liking the increasing prevalence of ADHD among young children to disembodiment in today’s early schooling, she also explores robotics education as a possible pedagogy to bring children’s playful, bodily, and inquiry-based learning back into public early childhood classrooms serving large numbers of children from economically disadvantaged and culturally/linguistically diverse backgrounds. 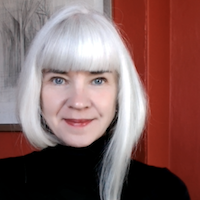 Ali McKersie is a teacher and lifelong learner whose commitment to progressive education has grown exponentially over the years. She began teaching at Bank Street School for Children in September of 1998 after earning an MS in early adolescence education from Bank Street Graduate School. Over the course of her tenure at Bank Street, in addition to classroom teaching, she has been lucky to wear many hats, serving as a union representative, staff associate trustee, and an editorial board member of Bank Street Occasional Paper Series, a scholarly journal that seeks to promote discussion about what it means to educate in a democracy.

Ali is a National Fellow with iCivics – Educating for American Democracy, where she is developing an American History curriculum for middle school. She is also a National Fellow with Citizen University’s Civic Seminary Program. Ali facilitates Building Bridges, an innovative civic engagement project through Bank Street College that brings middle school students together to engage in civil discourse around topics of national and global importance. Ali has led teacher training at the Rato Bangala School in Nepal, as well as other educational institutions, and has presented at numerous progressive education conferences.

An avid gardener and hiker, Ali is co-owner of the Marbletown Multi-Arts Center in Stone Ridge, NY. She holds a certificate in leadership from NYSAIS Emerging Leaders Institute and a BS from Cornell University. 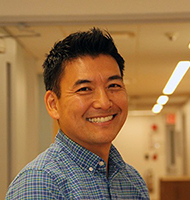 Mark Nagasawa is director of the Straus Center for Young Children and Families at Bank Street College of Education. Mark’s scholarship is guided by the anthropology of education’s broad questions about the intergenerational transmission of–and conflict over–culture and the role schooling plays in social continuity and change. More specifically, this scholarship lies at the nexus of curriculum and policy studies, investigating how people in bureaucracies, preschool through higher education schools, and in community settings make meaning of and negotiate globally-circulating education reform agendas, particularly efforts to incorporate “high-quality” early care and education into kindergarten through 12th grade education systems using “professional development” and evaluation as policy levers. The central assumptions of this work are 1) that policy-making and enactment are cultural practices of power and 2) understanding the cultural logics that shape policy practice is a component of framing justice-centered educational and social policy reforms. 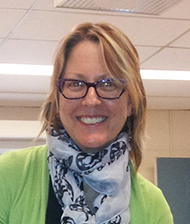 Sharon Ryan is currently professor of early childhood education at the Graduate School of Education and a Research Fellow at the National Institute of Early Education Research at Rutgers University. Before undertaking graduate studies in the United States, she worked in the early childhood field in Australia as a preschool teacher, center director, consultant, curriculum advisor, and special educator. Dr. Ryan uses a range of mixed methods designs to research early childhood curriculum and policy and workforce issues including teacher education and professional development. Much of her research has focused on the implementation of publicly funded preschool in the state of New Jersey and she has published several reports, policy briefs, and papers looking at implementation issues from the perspectives of practitioners. In addition to her research, Dr. Ryan is editor of the early childhood series of Teachers College Press and serves on a range of editorial advisory boards. In the state of New Jersey, Dr. Ryan has been involved in various state committees and advisory roles including the state’s Early Learning Council, where she co-chaired the workforce development subcommittee for several years. 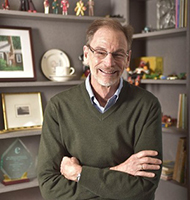 Jonathan Silin Editor-in-Chief Emeritus of the Occasional Paper Series and is a Fellow at the Mark S. Bonham Centre for Sexual Diversity Studies at the University of Toronto. He is the author of four books, including his most recent, Early Childhood, Aging and the Life Cycle: Mapping Common Ground. His scholarly writings have appeared in many publications, including Educational Theory, Harvard Educational Review, and Young Children. His occasional essays have appeared in the Chronicle of Higher Education, Education Week and The New York Times. In 2014, his work was the subject of a special issue of Contemporary Issues in Early Childhood and was the recipient of the Block Distinguished Career Award, Reconceptualizing Early Childhood Conference. In 2016, he was a recipient of the Distinguished Service Award, Bank Street College Alumni Association. 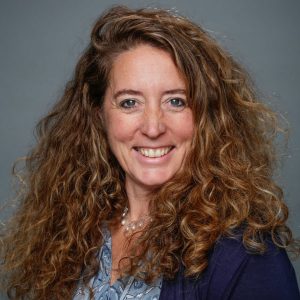 Karyn Silsby de Pla is an early childhood and teacher educator at Bank Street College of Education. In her role as a 3/4s (preschool) Head Teacher at the Bank Street School for Children, she has had the privilege of working with children, families, and graduate students in training for over two decades. In recent years, she has taught courses in Child Development and Observation and Recording as an adjunct professor in the Graduate School. She holds a BS in Human Development and Family Studies from Cornell University and earned her MSEd from Bank Street College. As an educator, she has a strong interest in play and the social worlds of childhood, identity development, and personal narrative. 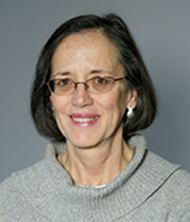 Susan Stires was a faculty member of the Bank Street Graduate School of Education, until 2013 when she retired. Prior to that, she was a lecturer in the Department of Curriculum and Teaching at Teachers College, Columbia University, where she received her doctorate. She was a literacy staff developer in New York City public schools following 30 years of elementary teaching. She is the author of numerous chapters and articles on literacy education, as well as the editor of the book, With Promise. 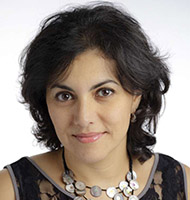 Mayida Zaal is an associate professor in the Department of Secondary and Special Education at Montclair State University. She earned her BA from Rutgers University in Biological Sciences and Spanish, her MS in Educational Leadership from Bank Street College of Education, and her PhD in Urban Education from the Graduate Center at the City University of New York. As an educator and scholar, Dr. Zaal is committed to issues of social justice and equity. Her research focuses on participatory action research (PAR) as a transformative pedagogy and on understanding the lived experiences of immigrant-origin youth. She is particularly interested in the preparation of teachers working in diverse settings.