Bank Street Head Start is recognized as an outstanding free preschool educational program in New York City that offers educational, nutritional, and mental health and social services to 68 families each year. Our primary goal is to prepare children during early childhood education for lifelong success by helping them develop a positive feeling about learning and attending school. Our children transition from pre-K to kindergarten excited about learning and with the social skills vital to success in the classroom. We believe that parents play a crucial role in the education of their children and we work closely with families to provide them with the resources they need to meet their goals. 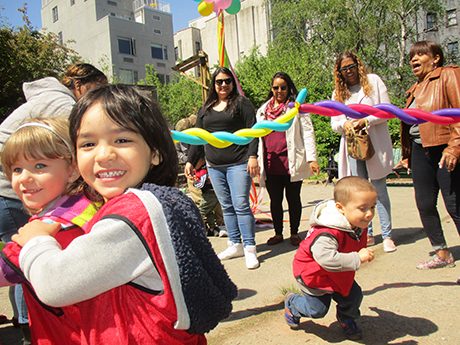 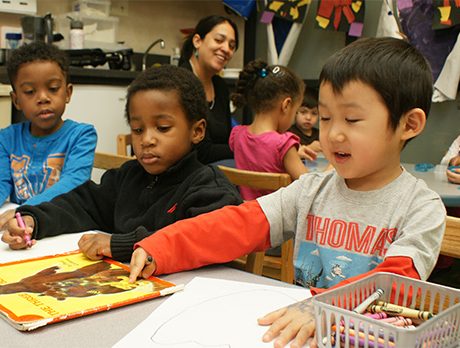 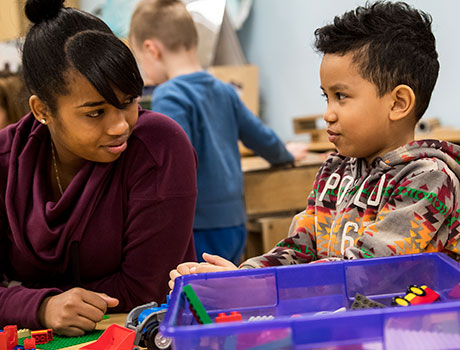 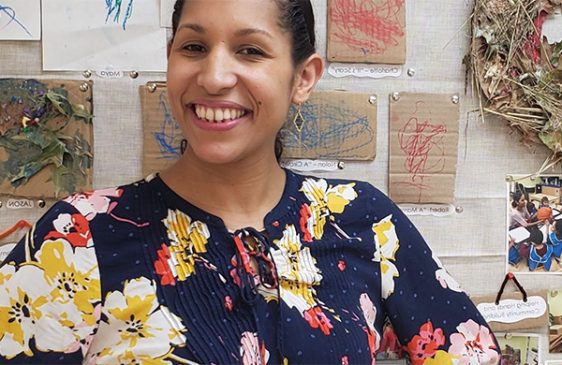 “Pilar Anglero-Aviles, now a lead teacher at the Bank Street Head Start in New York City, has also been on both the parent and teacher side of Head Start’s whole family approach. … With emotional and financial support from her son’s Head Start program, Anglero-Aviles decided to go to school to study early childhood education and pursue a career as a preschool teacher. She’s not the only one; four of her colleagues also started as Head Start parents.”
Read More

Bank Street’s Head Start initiative began in 1964, shortly after the Civil Rights Act was passed. Earlier in 1964, Bank Street’s president, John H. Niemeyer, had been asked to work with Southern universities to create desegregation programs. Faculty at Bank Street were tasked with creating regulations for Project Head Start, and the first Head Start concept paper, written by staff in the United States Office of Economic Opportunity, pointed to Bank Street’s classrooms as a model for Head Start classrooms. Bank Street officially began program activities in 1965 with the creation of the 42nd Street Early Childhood Model Head Start Training Center, which ceased operations in the 1970s. Head Start programs were revived at Bank Street in the 1990s, and today’s program operates in the East Village.