Building Bridges, Not Walls, Between Latinx Immigrant Parents and Schools

As a teacher educator and former bilingual teacher, I have encountered many teachers who have negative misconceptions about immigrant parents. These misconceptions prevent teachers from forming reciprocal and meaningful relationships with parents and even with children (Colegrove, forthcoming). Negative misconceptions impact teachers’ abilities to be equitable as well as their willingness to offer high-quality learning experiences to children (Adair, 2015; Crosnoe, 2006) or to include parents in meaningful, educational decision-making (Doucet, 2011, 2008).

This essay addresses some of these misconceptions as they were articulated during a large video-cued ethnographic study of Latinx immigrant parents of young children in Texas and California. As part of the larger Agency and Young Children study (Tobin, Arzubiaga, & Adair, 2013), Dr. Jennifer Keys Adair and I interviewed 116 Latinx immigrant parents. I focused specifically on 55 Latinx immigrant parents who were from México, Perú, Guatemala, Venezuela, and Chile. I conducted group or individual interviews with all the parents after they watched a twenty-minute film about a first-grade classroom comprised mainly of children of Latinx immigrants. Parents were asked to respond to the practices in the film. The majority of the parents wanted to talk about their frustration about not being taken seriously by schools and teachers.

The essays looks at the parents’ reactions to the film and their understanding of the negative misconceptions of themselves and other Latinx parents. It then offers some strategies for teachers to overcome these misconceptions and to work with Latinx parents to create reciprocal and meaningful relationships between them and schools. 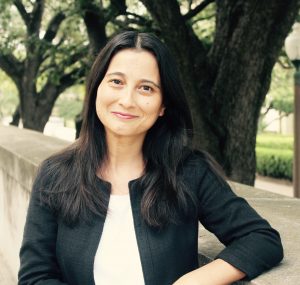 Kiyomi Sánchez-Suzuki Colegrove, PhD, is an Assistant Professor of Bilingual/Bicultural Education at Texas State University. Her work seeks to understand the relationship between Latinx immigrant parents and schools in the early grades and privileges parent voices to demonstrate ways in which stakeholders can have more reciprocal types of relationships. Using video-cued ethnography, she studies how school stakeholder ideas and experiences compare across communities. Dr. Colegrove has published in the journals of Contemporary Issues in Early Childhood Education, Bilingual Research Journal, Harvard Educational Review, Teachers College Record, and Asia-Pacific Journal of Research in Early Childhood Education. She has conducted research projects in the United States, New Zealand, and Australia.