Over the Hills and Far Away: Inviting and Holding Traumatic Stories in School

Thousands of young immigrant children enter school each year, bringing their immigration stories with them. They enrich the communities that receive them, bringing hope and new perspectives, new languages, and experiences of other worlds to share with peers. Sometimes their stories include experiences of loss and trauma in their lives prior to entering school. Studies estimate that more than 51% of immigrant families have experienced at least one traumatic event or loss, and at least 15% of immigrant parents and children present with post-traumatic stress disorder (PTSD) (Aragona, Pucci, Mazzetti, Maisano, & Geraci, 2013). These traumatic histories can include difficult events and/or losses that occurred in children’s countries of origin, during immigration journeys, or as part of the acculturation process, when poverty and regressive immigration policies often exacerbate existing vulnerabilities (Aragona, et al., 2013). Refugee children and families have an even higher incidence of traumatic history, with PTSD rates up to 75% (Rousseau, Measham, & Nadeau, 2013). Societal obstacles such as social and emotional isolation have been a common experience for immigrant families, who may have limited social networks, which increases their risk for depression and poor adjustment.

Young children who come to school with traumatic immigration histories may experience barriers to learning that may not be readily visible to their teachers. Children may be preoccupied, experience fight-or-flight reactivity to social challenges, or be hyperalert to the externals of the environment, causing them to be distracted from the school’s academic readiness agenda (Holmes, Levy, Smith, Pinne, & Neese, 2015). In addition, difficult behavior resulting from trauma triggers may distract teachers from the underlying issues that fuel some children’s outbursts and disruptions. Frequently, teachers and other school support staff react in frustration to children’s difficult-to-manage behavior and then seek to remove the children from the classroom and/or school settings. Those children then find themselves further isolated and stressed.

This paper features an innovative school-based approach employed by the Center for Emotionally Responsive Practice (ERP) at Bank Street with groups of young children who have a traumatic history. In the cases documented here, the children had traumatic immigration stories and had experienced trauma and loss as a part of their immigration history. The purpose of the ERP approach is to have foundations of child development as well as an understanding and appreciation of how children’s life experiences inform classroom interactions. ERP tries to uncover the root of children’s behavior and its connection to traumatic histories so that underlying issues of trauma can be addressed instead of ignored or dismissed.

Lesley Koplow, GSE ’79, is a clinical social worker, teacher, and author who lives in New York City. She is the founding Director of the Center for Emotionally Responsive Practice at Bank Street College. Lesley is the author of several books including; Unsmiling Faces: How Preschools Can Heal; Creating Schools That Heal; Bears, Bears Everywhere: Supporting Children’s Emotional Health in the Classroom; Tanya and the Tobo Man; and Politics Aside; Our Children and Their Teachers in Score-Driven Times.

Noelle Dean has been a social worker in New York City for over 20 years with more than half of those years working at Bank Street College. At Bank Street she is the “feelings teacher” in the School for Children’s lower school, an adjunct in the Graduate School, and a part of the Emotionally Responsive Practice (ERP) team. She is passionate about social justice issues and believes that emotional wellbeing is a human right. 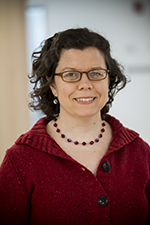 Margaret Blachly, GSE ’05, is a psycho-educational specialist at the Center for Emotionally Responsive Practice at Bank Street College. She is also an advisor and instructor in the Early Childhood Special Education and Bilingual Programs at the Bank Street Graduate School of Education. Margaret spent 11 years teaching pre-K and kindergarten in dual language and inclusion settings. She is a Learning Specialist at The Children’s Learning Center of Morningside Heights in New York City and is a graduate of Bank Street’s Early Childhood Bilingual General and Special Education Program.