Intersectionality and Possibility in the Lives of Latina/o/x Children of Immigrants: Imagining Pedagogies Beyond the Politics of Hate

I first met Alma1 when she was five years old and a kindergarten student in a multi-age Spanish-English dual language classroom in southern California. Alma is the child of immigrants from the Mexican state of Oaxaca. Somewhat shy and soft spoken, she nonetheless had many friends and seemed eager to engage with her peers in class. In interviews with me over the first few years of a longitudinal study that I was conducting at her school, she spent a great deal of time sharing the details of her rich literate life. Among other things, Alma loved poetry. In addition to writing poems in her writer’s notebook for school, she also kept a separate notebook in which she wrote poetry at home. Her face lit up as she told me that she often shared these poems with her father, who she said also wrote poetry. Alma seemed to have an especially strong relationship with her father, and much of the poetry that she shared with me focused on him. She also revealed that her father worked at an Italian restaurant, and that he would often teach her Italian words and phrases that he had learned on the job. She seemed proud of knowing them, and they sometimes popped up in the writing she did both at home and in school.

When I met Samantha, she was a first grader in Alma’s multi-age kindergarten/first grade classroom. At six years of age, she was already very proficient in English, which she reported speaking with her older siblings, and Spanish, which she sometimes spoke with her mother and with some friends and teachers at school. In an interview that I conducted with her in second grade, Samantha told me that she also spoke sign language at home with a d/Deaf uncle who lived with her. This revelation alerted me to yet another impressive layer of her expansive linguistic repertoire. Yet being multilingual was not the only thing that stood out about this young child. In addition to being a polyglot, Samantha was also a very kind person and a precociously deep and critical thinker who seemed to be motivated by both genuine intellectual curiosity and a profound commitment to fairness and justice. 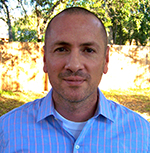 Ramón Antonio Martínez is an assistant professor in the Graduate School of Education and the Center for Comparative Studies in Race and Ethnicity at Stanford University. His research explores the intersections of language, race, and ideology in the public schooling experiences of students of color, with a particular focus on bi/multilingual Chicanx and Latinx children and youth. He has published articles in journals such as Linguistics and Education, Research in the Teaching of English, Anthropology & Education Quarterly, Teachers College Record, and Review of Research in Education. Before entering academia, Dr. Martínez was an elementary school teacher in the Los Angeles Unified School District.