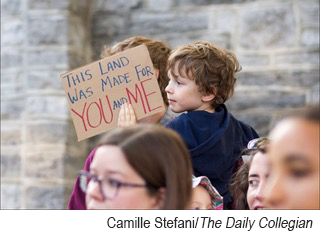 Issue 40: Am I Patriotic? Learning and Teaching the Complexities of Patriotism Here and Now

Last June, the day before the Philadelphia Eagles franchise was scheduled to celebrate its Super Bowl victory at the White House, U.S. President Donald Trump revoked the invitation.

The majority of the players had made clear that they would skip the event. Instead of attending the presidential spectacle, they planned to celebrate elsewhere in Washington, D.C., including by touring the nearby National Museum of African American History and Culture (Nakamura & Lowery, 2018). In place of the event, the President led a ten-minute “Celebration of America” on the White House lawn that featured the playing and singing of the national anthem and “God Bless America” (Shear, 2018).

The politics of patriotism were at the center of what transpired. 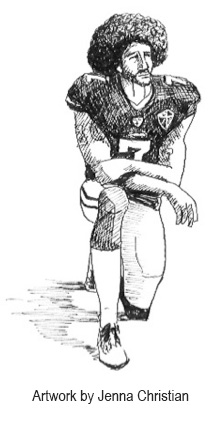 Ever since the fall of 2016, when quarterback Colin Kaepernick began kneeling on the sideline during the national anthem in protest of racial injustice and police brutality, the President has called Kaepernick and other professional athletes who have joined the cause unpatriotic (Bryant, 2018). But protesting injustice—with precedent in the Declaration of Independence and protection in the U.S. Constitution—is patriotic. Indeed, patriotism is much more than simple loyalty to a country or obedience to its leaders.

This issue of the Bank Street Occasional Paper Series seeks to grapple with the complexity of patriotism, particularly in relation to its workings in the lives of teachers and students in schools. Like it or not, schools teach (about) patriotism implicitly if not explicitly. Therefore, much consideration needs to go into what schools should teach about and how they should enact patriotism.

Patriotism is neither simplistic nor arcane, two common tropes. Rather, it is dynamically messy and as relevant as ever, in the present moment of rising populist and nationalist sentiments in the United States and across the world. As the pieces in this issue show, patriotism—and the learning and teaching of it—is complicated and contested, loved and hated, seemingly straightforward but entirely complex.

Mark T. Kissling is an assistant professor of education at Penn State University, where he teaches, collaborates, researches, and writes about ecological citizenship, patriotism, and place-based (teacher) education, among other things.

An Interview with Bruce Springsteen

This issue includes a previously-recorded interview in which Bruce Springsteen shares his take on patriotism and his thoughts on Woody Guthrie’s song “This Land Is Your Land.” The interview was conducted by guest editor Mark Kissling during a project in 2008 that investigated the song as a resource for schools to teach about patriotism.
Listen to the Interview