Patriotism for People in Diaspora Is Love of Humanity

by Ming Fang He

Patriotism is always contested. It is even more contested for people in diaspora. Diaspora (in Greek, διασπορά – “a scattering [of seeds]”) refers to the movement of a population sharing common ethnic identity who are either forced to leave or voluntarily leave their indigenous or ancestral lands and become residents in areas often far removed from their former homes (He, 2010).

In a broader sense, diaspora refers to the situations when indigenous peoples, immigrants, and emigrants are forced to leave or voluntarily leave their tribes, native lands, territories, communities, or countries due to such reasons as imperialism, colonialism, political persecution, economic exploitation, trade or labor migrations. While people in diaspora might not maintain strong ties with their homelands or native lands, they lack full integration into the host lands. This mobile and unsettling existence of diaspora complicates the meaning of patriotism to people in diaspora.

The meaning of patriotism becomes unprecedentedly complicated for people in diaspora in the United States since the recent rise of “draconian, enforcement-based policies and executive orders” (Huerta, 2017, para. 1). These enforcement policies and executive orders have given license to an outbreak of hate speech, harassment, bullying, and violence targeted at immigrants, Latinos, Blacks, Muslims, Jews, Gays, girls, women, and other individuals and groups in diaspora across the United States of America. 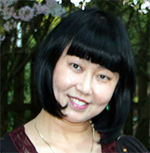 Ming Fang He is Professor of Curriculum Studies at Georgia Southern University. She has been teaching at the graduate, pre-service, and in-service levels in the United States, Canada, Hong Kong, and China. She explores education, inquiry, and life in-between the Eastern, Western, and exile philosophy and curriculum with a particular focus on Confucius, John Dewey, Tsunesaburo Makiguchi, Daisaku Ikeda, Weiming Tu, Martha Nussbaum, and Edward Saïd. She has written about cross-cultural narrative inquiry of language, culture, and identity in multicultural contexts, cross-cultural teacher education, curriculum studies, activist practitioner inquiry, social justice research, exile curriculum, narrative of curriculum in the U. S. South, and transnational and diasporic studies.