What does it mean to be patriotic? How are notions of patriotism (re)presented and performed in curriculum materials? In attempting to answer these questions, we contend that it is necessary to move beyond the word patriotic as an isolated concept to explore it in relation to specific temporal, geographic, political, economic, and institutional contexts. Patriotism, or to be patriotic, is conceptualized and means something quite different—and manifests differently—in different eras and in different countries.

We utilize curriculum materials and documents as a lens through which to explore different conceptions and manifestations of patriotism as they pertain to the education of children in two very different national and historical contexts: communist central European Czechoslovakia of the 1970s and 1980s and contemporary New Zealand in the deep South Pacific. Patriotism in education in Czechoslovakia of the 1970s and 1980s took the form of positioning oneself loyal to one block (communist or non-communist) or another (enemy vs. non-enemy). In contrast, this form of nationalistic patriotism is largely absent from contemporary New Zealand education where, at least as it is conceptualized in educational policy, there is, as Roberts (2009) suggests, a “new patriotism” focused on success in the global economy. This new patriotism of contemporary New Zealand is more global and neoliberal in nature and stands in distinct contrast to the first-world, second-world structure of the patriotism visible in communist Czechoslovakia. 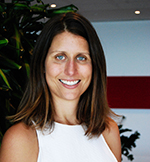 Dr Nina Hood is a lecturer in digital technologies at the Faculty of Education and Social Work at the University of Auckland. She also is the founder and director of The Education Hub, a not-for-profit with a mission to bridge the gap between research and practice in education. She is interested in the role that technology can play in supporting knowledge mobilisation and the spread of innovation in school-level education. 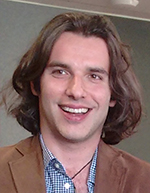 Dr Marek Tesar is a Senior Lecturer and Associate Dean International at the University of Auckland, New Zealand. His research is focused on childhood studies and early childhood education, with expertise in the philosophy of education and childhood. His research is concerned with the construction of childhoods, notions of place/space, and methodological and philosophical thinking around ontologies and the ethics of researching these notions.