Mapping Common Grounds Between Mother and Child: A Response to Alyssa Niccolini

Stories of mothers and daughters, of vulnerabilities, of literacies said and silent, lost and found, provoked and placated.

In Early Childhood, Aging, and the Life Cycle: Mapping Common Ground, Jonathan Silin (2018) reflects on his initial reactions to moving from New York to Toronto: “I found myself repeatedly ambushed by surprising emotions, often sparked by mundane events that spoke to the deep sense of emotional and social displacement I experienced” (p. 75). In a twist of fate, I found the very same repeated ambushing of surprising emotion when I moved from Toronto to Princeton in 2005—the same deep sense of emotional and social displacement that gnawed at me in my first couple of years in the United States. What I recognize now in my older self are the reverberations of grief over my mother’s death to cancer a year earlier, in 2004.

But it is these vulnerabilities—these spaces of warp and wound, openness and instability— that can usher in new possibilities.

Jennifer Rowsell is professor of literacies and social innovation and deputy head of school at University of Bristol’s School of Education in the United Kingdom. Her research interests include multimodal, makerspace, and arts-based research with young people; digital literacies research; digital inequalities; and adopting post-qualitative approaches to literacy research. She is co-editor of the Routledge Expanding Literacies in Education book series with Carmen Medina (Indiana University) and co-editor of 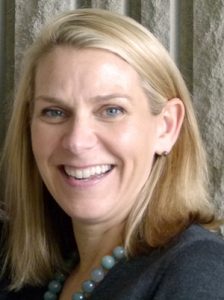