The Children’s Book  Committee unveiled its new awards medallion on April 5, 2018 during its annual prize ceremony.

The new medallion was based on the Children’s Book Committee’s current logo. 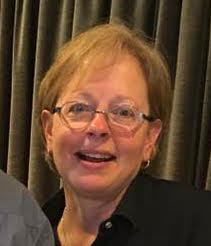 At the request and with the input of then Chair of the Children’s Book Committee, Alice Belgray, the image was created by Joan Sinclair. Joan worked from 1982 – 1997 in the publications department. When she left after 1997, Joan continued to do freelance jobs for Bank Street. The logo was one of these jobs. 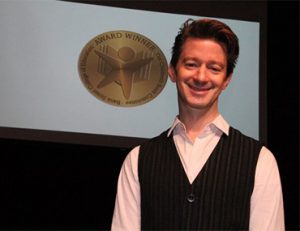 Laurent Linn, a Children’s Book Committee, Member-at-Large and artistic director of Simon and Schuster used Joan’s logo to create the medal. Laurent says, “In creating the medallion, I wanted to have a balance of a contemporary look, reflecting the wonderful Bank Street CBC logo, with a classic feel worthy of the legacy of these important awards. Also, because the medallion will be printed on book covers, as opposed to being an actual sticker, it needed to have a dimensional look as if it were embossed and metallic. So I digitally crafted a medal with the current logo, a classic golden shine, and faux dimension that resulted in the final image!”

Committee members are delighted with the medallion and look forward to seeing it grace the covers of its award books for years to come!